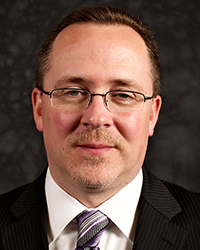 Dan joined Sightpath in December of 1998 first as a Laser Engineer with LaserVision and later holding the positions of Senior Engineer; North East Operations Manager; Manager of Recruitment, Staff Development and Research; Director of Senior Engineering and Research; and National Director of Access Operations. Next, Dan became Vice President of Operations in January of 2006 where he was responsible for all day-to-day operations of the mobile refractive program at TLC Vision. Today, Dan serves as the Chief Operating Officer of Sightpath Medical.

Dan began his career in operations and logistics while serving in the United States Army as an Avenger Missile System Technician from 1989-1997. He holds an AAS in Laser Electro-Optics and is finishing his B.A. in Business Management from Missouri Baptist. He resides in Farmington, Minnesota with his wife, Sandra, and two sons, David and Matthew.

Despite its high success rate, LASIK has been plagued with numerous myths that keep people from pursuing the surgery. What are some common myths associated with LASIK, and how should you debunk them?