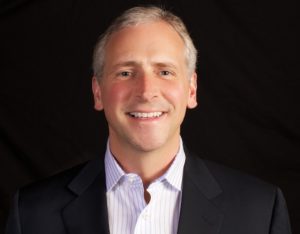 Joel began his formal career with Sightpath as Vice President of Sales in February of 2011. In June of 2022, Joel Became Sightpath’s President, and in November of 2022, President and Chief Executive Officer.

Joel began working with the company that became Sightpath, Midwest Surgical Services, when it was formed in the Spring of 1991 when he was the Storz Instrument Company Sales Representative for the upper Midwest. Along the way Joel has served in varying sales, marketing, and management roles within ophthalmology for Storz, Medtronic, and Precision Lens, where he was instrumental in the transformation of the business from a regional distributor of intraocular lens implants to the nation’s largest full-line ophthalmic surgical products distributor over an eleven-year period.

Joel’s professional background and interests lie in sales and marketing strategy, reorganization and execution. Joel’s career in ophthalmology is a reflection of his pursuit of the opportunity to build, shape, and grow a territory, region, product line, or organization. Goal-oriented and growth-focused by nature, Joel has his sights set on leading Sightpath Medical to new heights of success. By developing, implementing, and executing strategies with the physician at the core, a commitment to service as the fuel, development of new services to address market trends, and teamwork as the vehicle, Joel expects great results from the Sightpath team of talented professionals in every aspect of the business.

In his spare time, Joel enjoys cooking with Jean, fitness activities, playing golf, traveling, reading, movies with Jean, and working on anything to do with marketing, automation, strategy, writing, and selling.

Despite its high success rate, LASIK has been plagued with numerous myths that keep people from pursuing the surgery. What are some common myths associated with LASIK, and how should you debunk them?